If you have a special request please let us know in advance and we will see if we can accommodate.

Lean pork with a unique spicy recipe and a traditional Balti dressing. [Top]

Prime English pork, flavoured with a mixture of seven spices and herbs including sage to give that traditional Olde English Flavour.

Fresh prime English pork, with the perfect blend of seasonings to give the authentic taste of a traditional British Banger.

Originally produced to commemorate the Royal Wedding and accepted as a Wedding Gift by Their Royal Highnesses, The Prince and Princess of Wales, and HRH The Queen Mother. This Royal Sausage has a very high meat content of which 30% is smoked bacon, prime English pork, and eight spices to give a truly Regal flavour.

A high meat content pork sausage with a perfect blend of spices, with added chives.

A fantastic pork sausage with a hint of garlic.

A great sausage for those on a special diet such as Coeliac disease.

Whichever way you cook yours, with Lashfords Sausages you can be sure that you have the perfect ingredient for a great meal.

Lashfords Sausages are freshly made in batches from the finest ingredients but do not contain huge quantities of preservatives so they are best eaten within a few days of purchase. Alternatively pop them in the freezer.

With such a large range if you are coming over especially for award winning Lashford Sausages please telephone in advance to check availability. 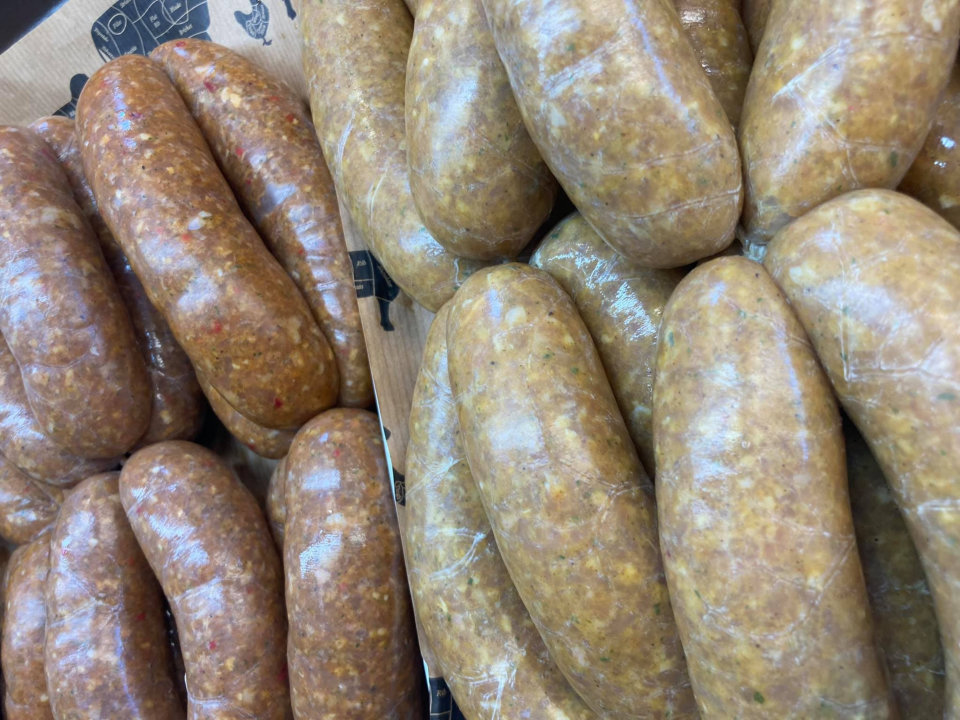 In addition to Lashfords Award Winning Sausages – we make our own sausages.

Are just a couple of ideas.

Our philosophy is to supply the very best of local produce. A warm welcome awaits. Our mince is made on site fresh from prime lean beef. We are real butchers and can prepare your meat to your specifications.

If you cannot see what you are looking for please ask.

Free parking outside the shop, no tickets, no traffic wardens.

Lacey's Craft Butchers is please to accept all major cards with one exception we do not take American Express.